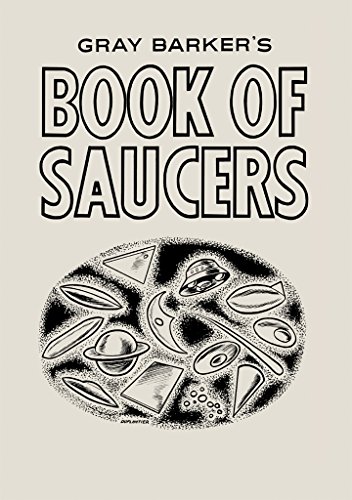 p37  - In 1955 Moseley said ufos were machines made to sweep radiation from the atmosphere. Retracted it apparently. But as far as machines made here on earth - yes, the machines, but perhaps there are also lifeforms from elsewhen.

p50 - A ufo landing in a field where the blades of grass weren't burnt but the roots were - as if a high electric charge ran through the ground. LaV's idea of saucer propulsion is they bounce a microwave beam off the ground & set up a standing wave that continually increases in power. It needs to bounce off the ground for the saucer to be able to do anything. This would seem to validate that; otherwise why a strong electrical charge in the soil but not the air (blades of grass were only singed on top)?

p54 - A better description of the Boas encounter; saucer like a bird, the ufonauts were all in suits with helmet things & hoses (breathing gear), except inside the ship the woman was not. Why the bird saucer with fins, "head" & tail? Unique. These weirdo looking ships would not be flying here from some other planet; they seem more like test vehicles. Too many different designs. Like the other ship described in this book that seemed to have "skis" appended to the bottom, or sled-type dealies. Unless they are all constructs of the mind of the person, or somehow they were made to be seen that way by either hypnosis or some other method. Put the peeps in a trance, that's what all this is. Hypnotic suggestion.

p76 - Ouija board Q&A - MIB, Bender, deros - but it (the O board) also mentioned regarding his car, it had too many lights & a depleted battery - exactly what author found when he went out to his car 2 blocks away - he'd left the lights on & the battery was low - & nobody could have known. Wired....
at September 28, 2019