Theosophy: History of a Pseudo-Religion 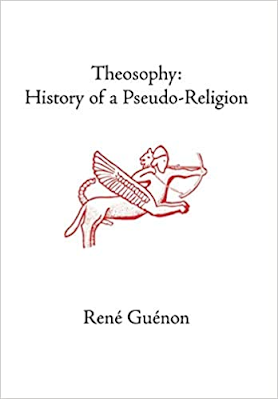 Fascinating read about Mme Blavatsky & Co. Spiritist Fallacy is better. Not going to re-read, this'll be strictly from my notes...
p15 - Spiritualist phenomena not caused by spirits of the dead but by actions of living people.
p19 - HBofL document states that Theosophy is an attempt to pervert the Western mind; true and real adepts do not teach the concepts of karma and reincarnation
p44 - The Mahatmas were invented - Blav wrote their stuff herself. - Masking the influences that were really behind her.
p47 - The "Masters" - relegated to an inaccessible region of Tibet in order to make verification impossible.
p52 - Blav admitted she wrote the letters, in India surrounded by accomplices. "Automatic writing" I suppose could be the claim, as in Urantia, Oahspe, the Book of Mormon & a host of others.
p61 - Blav - "I don't know what to invent." All a sham I guess in order to acquire converts or disciples with money. When in doubt, follow the money...
p71 - She urged vegetarianism but never adopted it herself, smoked constantly day and night.
The attraction exercised by Blav was astonishing in that her physical appearance was far from pleasant. - Ouch...
p78 - On reincarnation there are contradictions in what Blav said. Nvm, just read Spiritist Fallacy which shows that it doesn't happen anyway.
p84 - Idea or theory of "elementals" can be attributed to George Felt, according to papers he left to Blav. Earliest idea Guenon could find of them I guess. So again there's no basis for believing in them, just one dude's idea. "Wandering influences" according to traditional doctrines.
p86 - Book of Dzyan much of it is invented; authentic parts are borrowed from the Kandjur and Tandjur, published in Calcutta in 1836, vol 20 of Asiatic Researches.
p98 - Progress and evolution only modern theories. No traditional teachings mention them.
p104 - Reincarnation only invented by French socialists in 1830 or 1848. To splain unequal (in their eyes) social conditions. See Spiritist Fallacy.
p108 - Karma, at times the summit of absurdity.
p130 - Fantasies such as these... which is what the author thinks of a lot of this stuff, including the Great White Lodge. This is the origin of ideas that are still around now 100 years later. All originating in recent history, all without foundation.
p151 - Vivekananda distorted the Vedanta - for his Western audience presumably.
p169 - 1882 "New Year of Our Lady" because the world as we knew it ended in 1881. This happens quite often.
p230 - Discusses Leadbeater of the Theosophical Society & his writings. The pedophile.
p264 - Discusses vegetarianism; without mentioning B12, which might have been unknown at that time but a perfectly good reason why we weren't meant to be vegetarians.
p272 - Behind all these movements is something more fearsome; their leaders perhaps do not themselves know; of which they are in their own turn merely the instruments. Can we also apply this to today's politics?
p284 - Besant says that when a family does not follow the natural law grouping itself around the father and mother, disorder results. The same with nations. There must be a father nation and a mother nation. - That father nation, according to her, has to be England of course, which is called upon to dictate its laws to the entire world. This will be the realization of the United States of the World but under the aegis of the directing nation and for its benefit. Internationalism of Theosophists is therefore nothing but British imperialism. Or is it NWO'ism in disguise... All this set up to promote globalism - which will put us all in the slave labor camps - and not just conservatives.
p304 - More Great White Lodge stuff. Such fanciful stories circulate these days; there is a certain danger in this. Those who inspire them surely have some suspect plan; more infiltrations than one would be inclined to believe. - This was 100 years ago...
p308 - We draw only one conclusion, that some people are at present trying to create a state of mind favorable to the imminent realization of something that is part of their plans. - NWO.
p313 - The entire organization of the modern world conforms to a plan established and imposed by some mysterious organization. - Well that statement sure doesn't pull any punches. "Counter-initiation and its conscious or unconscious agents."
p314 - Psychic residues.
p320 - Diana Vaughn. Did Diana Vaughn exist? Dunno. Who is she? Was she  popular or well known in those days? A hoax I guess. Worth looking up? Probably not...
at January 15, 2021