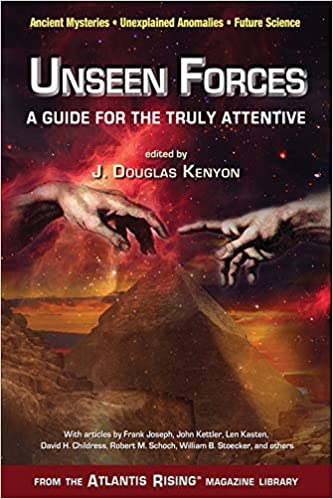 p21 "The liberal media..." Thank you, Mr. Sitchin. Yes they are not unbiased. Attacks on Darwin are "creationism in disguise" and "a good disguise" according to Time Magazine; that disguise being called Intelligent Design. It would be interesting to find and read the article quoted & see if they bother to mention that many scientists now believe that many things are too complex (the eye, 5 properties of cells etc etc) to have evolved from a puddle of slime or anything else, which may or may not have anything to do with creationism.

p24 Radiant Energy Device - it used 29 vacuum tubes to trap & store energy from "the void." It would power 35 100-watt light bulbs. He was threatened, shot at, denied a patent etc, all the usual to protect the power elite & their monopolies on energy.

Hermann Minkowsky & his framework for the concept of space-time in 1907, which leads to Einstein's theory of relativity where the speed of light is a constant & timing of events is relative to the observer; which replaced the Galilean concept of Absolute Time.

p28 Tom Bearden & "Energy From the Vacuum" where he's doing the same thing but states that the energy is coming from the time dimension; when mass or energy increases, time decreases: or something like that. I think this energy comes from the ether, which no skientist nowadays will even admit exists - because they're using it behind the scenes to power all sorts of things and don't want us ordinary peeps to know. This guy has built a Motionless Electromagnetic Generator that produces power from thin air. Cool. Still think he's wrong about the source of the power.

p32 Article on Tesla. Obscure inventions & ideas - electric car powered by wireless energy, cosmic rays that travel 50 times the speed of light, a cosmic ray machine that gets power from the atmosphere (from the ether - me), 300 page paper on bladeless turbine that is lost or stolen, particle beam weapon, dynamic theory of gravity.

Tesla says the sun absorbs more energy than it emits. Disagrees with Einstein, says space cannot be curved because it has no properties.

p34 George Gamow says in the 1920's that Goudsmit & Uhlenbeck measured the rate of electron spin as 1.37 times the speed of light. See previous entries where LaV mentions several discoveries of things moving faster than the speed of light; also that others have discovered that the speed of light is not a constant.

Einstein said if the ether could be detected then relativity must be wrong. - Therefore the ether remains unmentioned by modern academia in order to propagate the false physics we've been saddled with for 100 years; in order to keep the real physics to the elites & the WTA's.

p37 Tesla's dynamic theory of gravity is that all matter is constantly absorbing ether at 1.37 times the speed of light. This is what gravity is. The influx of ether pushes us to earth, makes radio waves follow the surface of the earth.

The ether exists in a realm that transcends the speed of light.

p70 Article writer thinks the Ark contained a sophisticated electronics device, believes it was dug up from the Temple by the Templars & taken to France & later to Montreal of all places. He thinks it generated negative ions; massive amounts I guess. Mentions negative ion therapy & the positive effect on the brain as in inner peace & well being.

Or the thingy inside the Ark was a big crystal which was also at one point inside the Great Pyramid in the sarcophagus in the King's Chamber, used to release energy of & mitigate earthquakes. Or be used as a power source, of negative ions or electromagnetic force. Or see Chris Dunn's book, he thinks it was a power plant.

p82 Round towers of Ireland are amplifiers of electromagnetic waves from the sun, the waves being fed to or accessed by anyone in the towers, ie the monks. We also have the stone chambers, structures & circles in New England that have unexplained electromagnetic anomalies; pulses of 16.5 mhz to 1675 mhz. Communication channel? Door being opened?

p124 Well well well another author who mentions that the sphinx might originally have been carved as Anubis the jackal, based on ancient Egyptian sources; doesn't mention that earlier Robert Temple had the same theory in The Sphinx Mystery; great book (he was ridiculed for it by Schoch, Bauval & others), beats these other guys by a mile. And the lion's paws are a later reconstruction; we don't know what the original paws looked like. So all the comparisons of the sphinx with the constellation Leo might not mean anything as far as the origin or purpose of the sphinx in the beginning.

p186 Earth as a crystal, evolving from dodecahedron to double penta-dodecahedron. The lines on this crystal are the ley lines, dragon paths, fairy tracks etc.

p189 Lines & node points are where all the shit happens; Bermuda Triangle & Devil's Sea for example. Also all major ancient monuments are located along these lines, like the Great Pyramid, Easter Island, Stonehenge, Mohenjo Daro etc etc. The node points indicate stuff like center points for ocean currents, origins of storms (high-low barometric pressure), planetary hotspots & fracture zones, migration paths of birds & animals, places where new species have originated, concentrations of humans, birthplaces for ideas of art & sciences, locations of all major monuments which means they were trying to harness or control these forces in the past or whatever. So all of these changes occurring nowadays where birds migratory patterns are changing, dolphins & whales beaching, lost as if looking for new routes, etc, may be happening because of this, not because of anything humans are doing.

Magnetic field dropping, schuman resonance increasing... The former, yes, the latter, no; the baseline of the schu res is still the same 7.83 hz it's always been. Does that invalidate any of this dude's argument? Not necessarily... However it might invalidate humans as the cause of any of these changes, which is why you'll never read anything like this in the mainstream press...

p221 "There is an incredible prejudice against new ideas amongst status quo scientists." - Schoch. Max Planck said: "A new scientific truth does not triumph by convincing its opponents and making them see the light, but rather because its opponents eventually die and a new generation grows up that is familiar with it."

p231 "Academics and scientists matriculate in an environment, or paradigm if you will, that ridicules the concept of an afterlife. So it is psychologically difficult for them to take seriously the idea that there could be hard evidence for something they have been ridiculing all their professional lives." - Dr. Neil Grossman , prof of philosophy at U of Illinois at Chicago. - Might I add that this applies to everything from science to socialism as well as reincarnation & karma to aliens.

p232 "My atheistic friends resist even the slightest whiff of an argument for an afterlife. Why is this? Why would anyone resist such good news? It doesn't matter how hard you try to convince them that the contemporary case for afterlife is not based on sacred texts but on empirical studies conducted by well-credentialed social scientists or doctors. The older generation grew up hearing that the only things that were real were material. Changing their minds on that score would threaten their very identity." Dr. Stafford Betty, prof of religious studies at Cal State Bakersfield. This applies to everything not just NDE's. Try arguing with these people, you can show them absolute proof & they'll dismiss it as if you're the one that's nuts.

p234 Good article on Climategate where UN officials were caught discussing in emails how to essentially fudge the data in their global warming fiction. Climate Research Unit at the U of East Anglia in Norwich, England. Hacker released 3000 pages of files in 2009.

Advice on how to avoid complying with FOIA; how to manipulate peer review process to exclude skeptics; failure of CRU's computer models to show worldwide decline in temps from 1998 to 2010 (date of this article). - Therefore they can't call it global warming anymore, they now have to call "it" climate change.

p236 Draconian measures that have been proposed might be worthwhile to stave off eco-disaster, but can hardly be justified if the underlying science itself is in doubt.

"The global warm-mongers have wholly corrupted the peer-review process."

p240 A review of 21 scientific misconduct surveys from 1986 to 2005 found 2/3rds of researchers who said colleagues had committed questionable practices; 1 in 7 said that included inventing findings. - All in the quest for grant money presumably, and a share in a "shrinking pie." Wowsers, you global warm-mongers.